Despite what one might think, there is a disadvantage to being in a south-facing balcony room on the Mediterranean Sea. There is absolutely no way to avoid the morning sun.

I awoke somewhere around 5:00AM to the full majesty of the sunrise and instantly knew my night was over. While I envied Donna’s ability to continue sleeping in morning light so bright I could see my skeleton in the mirror, I took a picture from the balcony before heading down to the beach. 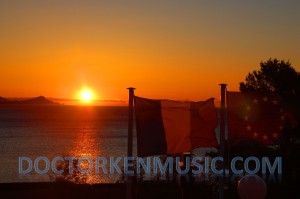 I crossed the street and walked down the shoulder to the sand…I was completely alone.

I grooved on the scene a while and even took a selfie before walking back to the hotel. 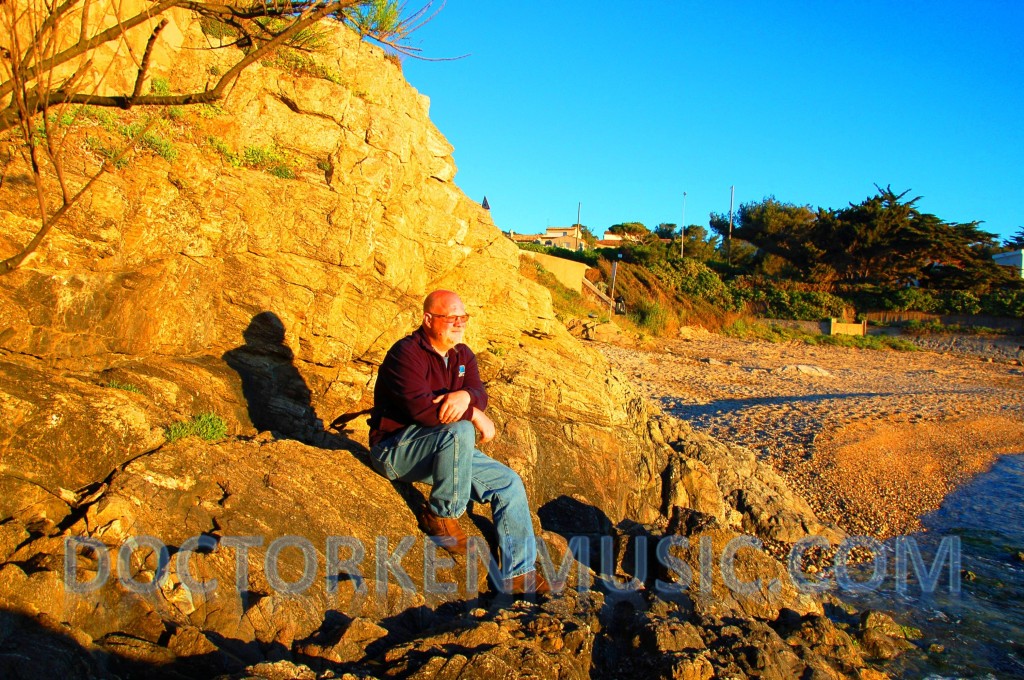 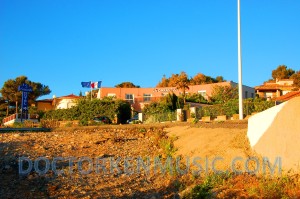 I returned to the room as Donna was waking up and told her how beautiful the beach was…and then I when down to the beach a second time with Donna (although the sun was now high in the sky).

After breakfast, we decided to backtrack to the east to see some places we’d had to skip in order to get to the hotel on time.

First, we visited Fréjus and it’s Roman ruins starting with its coliseum. But before we got to the coliseum, we found this memorial park just outside it that commemorates a catastrophic flood caused by a dam failure in December of 1959 resulting in 423 deaths in Fréjus and two nearby villages when the Malpasset Dam failed. 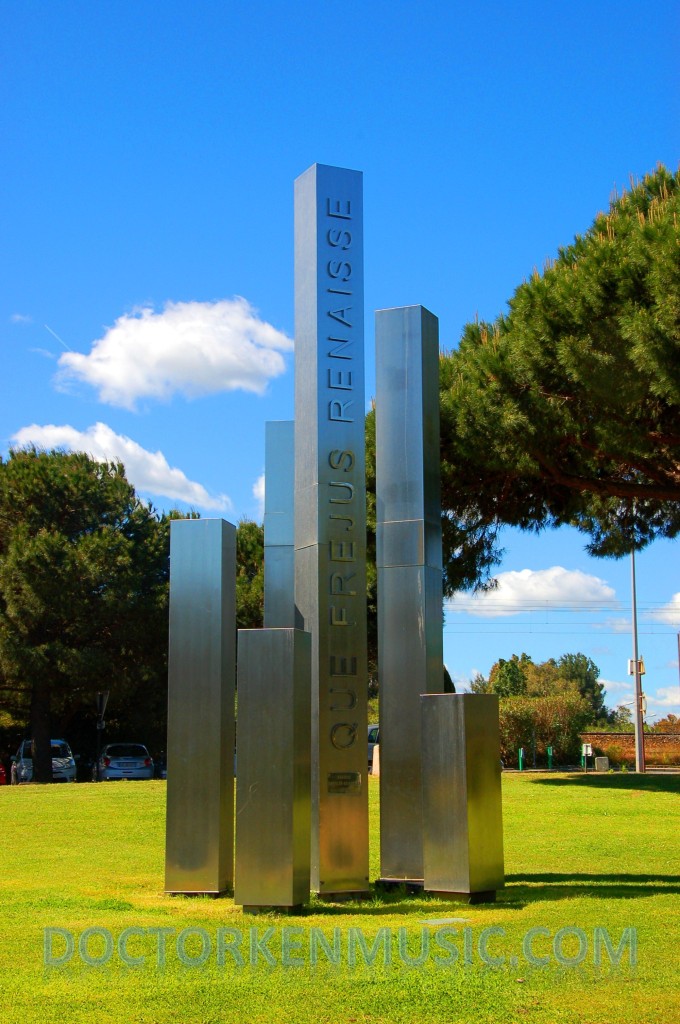 We walked around the coliseum for quite a while. I was so fascinated by the structure/engineering and restoration activities that we didn’t take any pictures. So…here’s an overhead view from Google maps.

From the coliseum on the western side of Fréjus, we walked to the center of town just as the market was winding down and took some pictures of the spice vendor’s colorful wares. 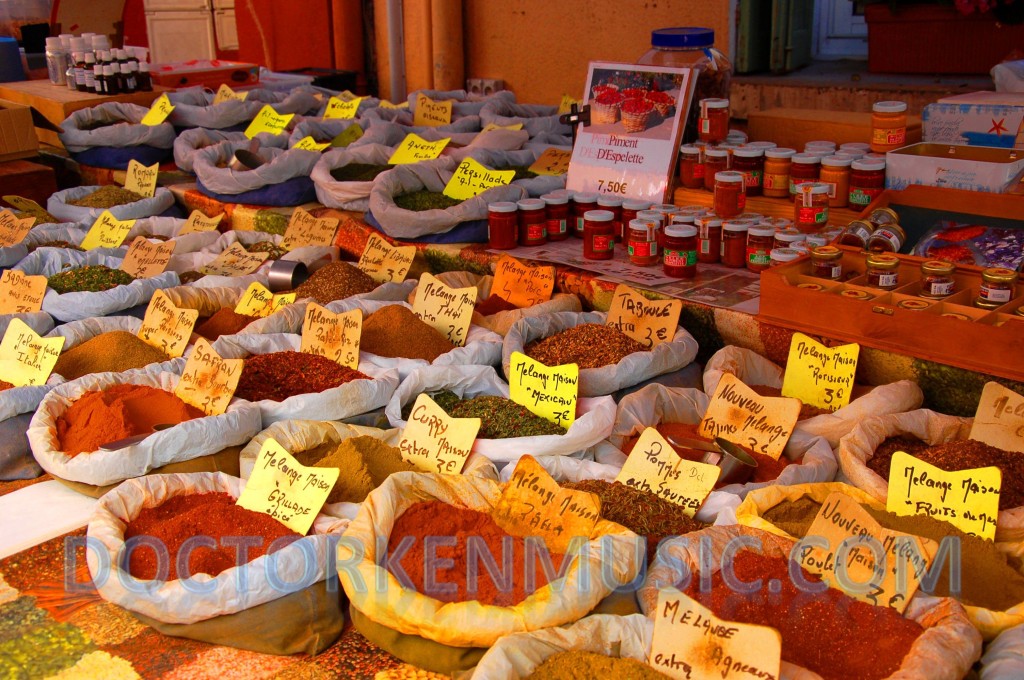 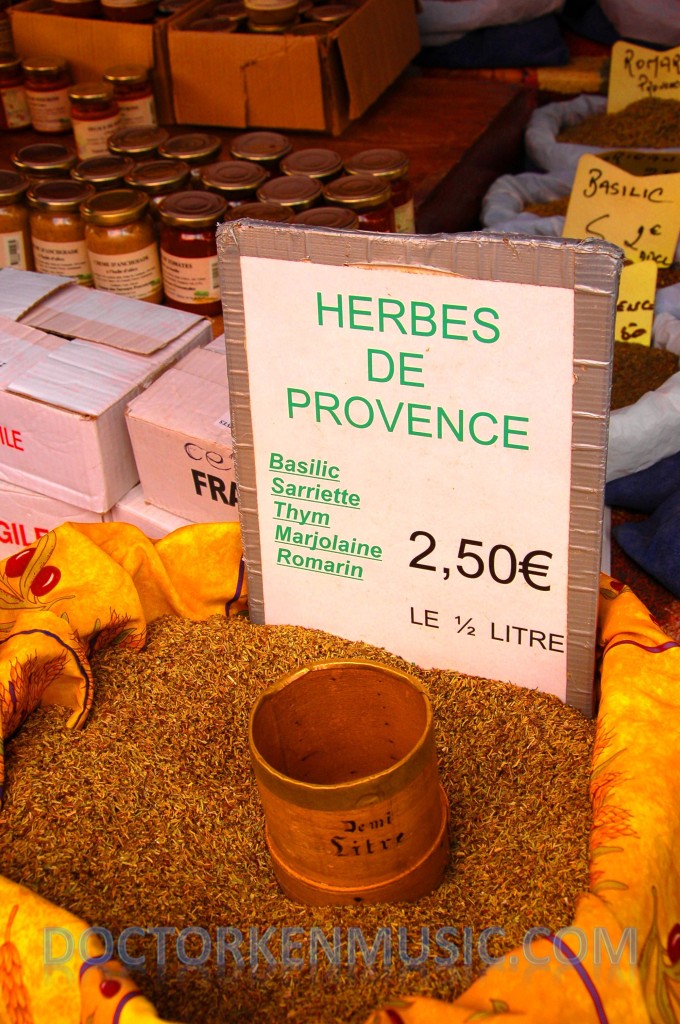 We had a quick beverage at the local watering hole (some distance from the market to avoid those awful, loud American tourists) and then returned to the church square where the Roman museum and medieval cloister are located. 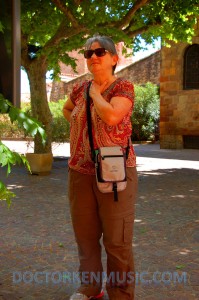 The museum records various aspects of Roman life in Fréjus. Two nearly complete Roman homes were discovered under the remnants of newer buildings and much of the flooring and wall decorations survived. Here are two photos Donna took of a nearly perfectly preserved floor mosaic. 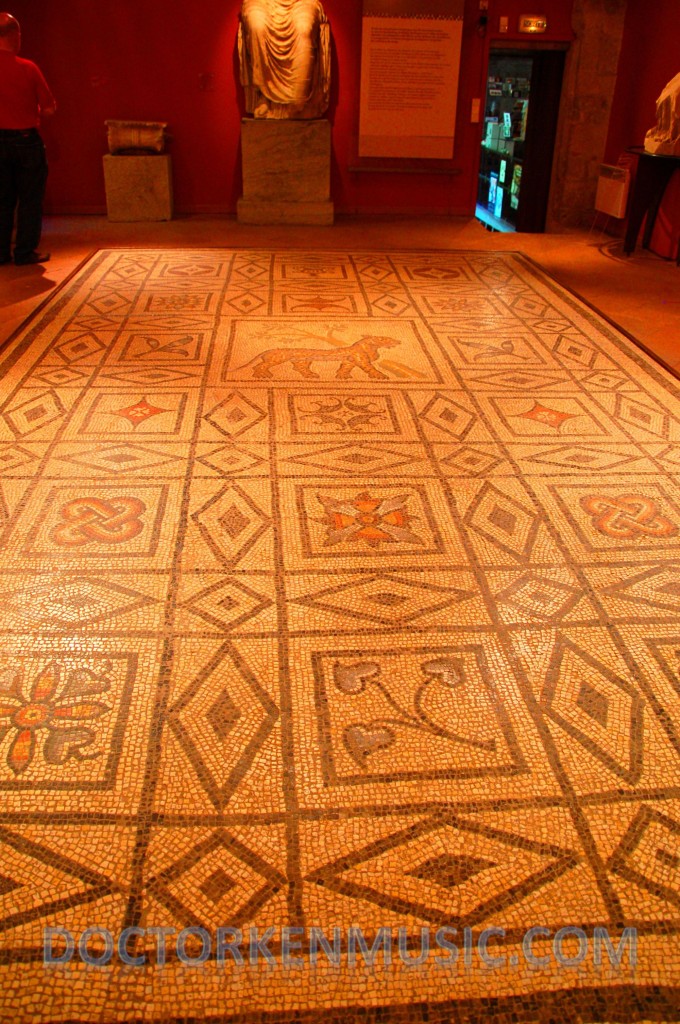 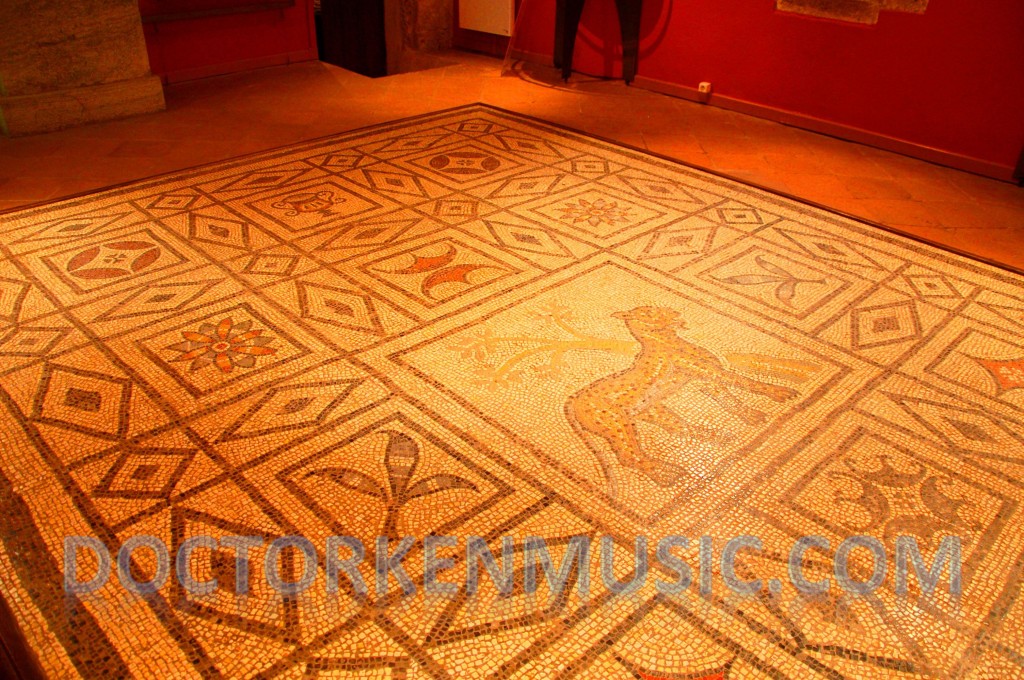 From the church square, we walked further east (and uphill) to the remains of the town’s Roman aqueduct which was built in the middle of the 1st century or roughly 1,900 to 1,950 years ago (!!). More incredible to me; it actually functioned (carried water to the city from over 20 miles away) for 450 years. Oh, and they didn’t wear out or break; they only failed because local farmers punched holes in them to irrigate their crops and villagers used the stone to build the medieval cities. 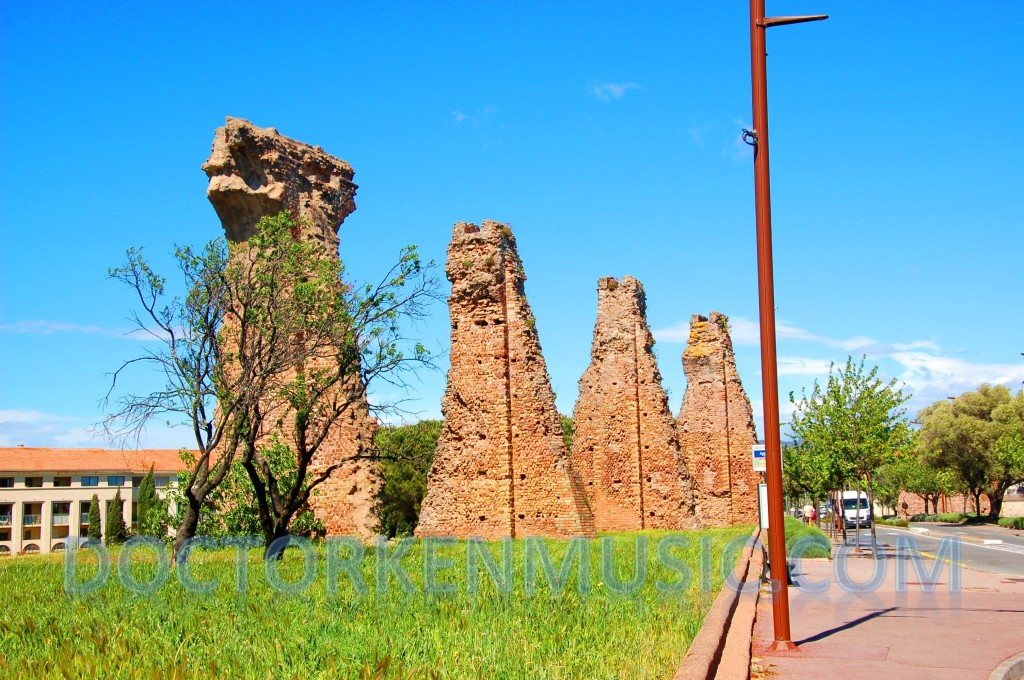 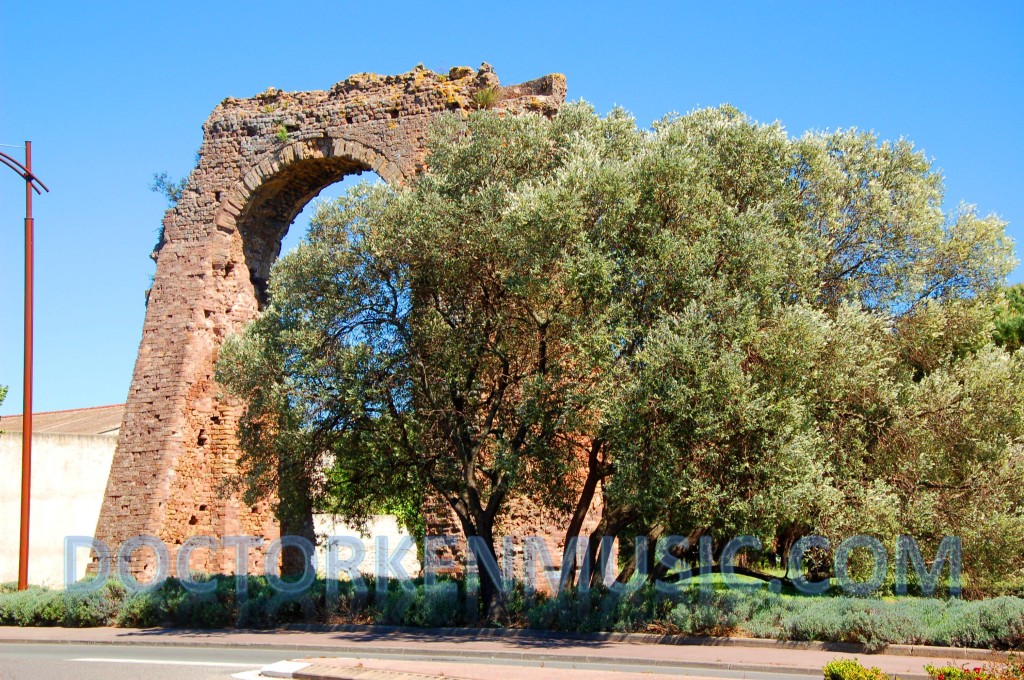 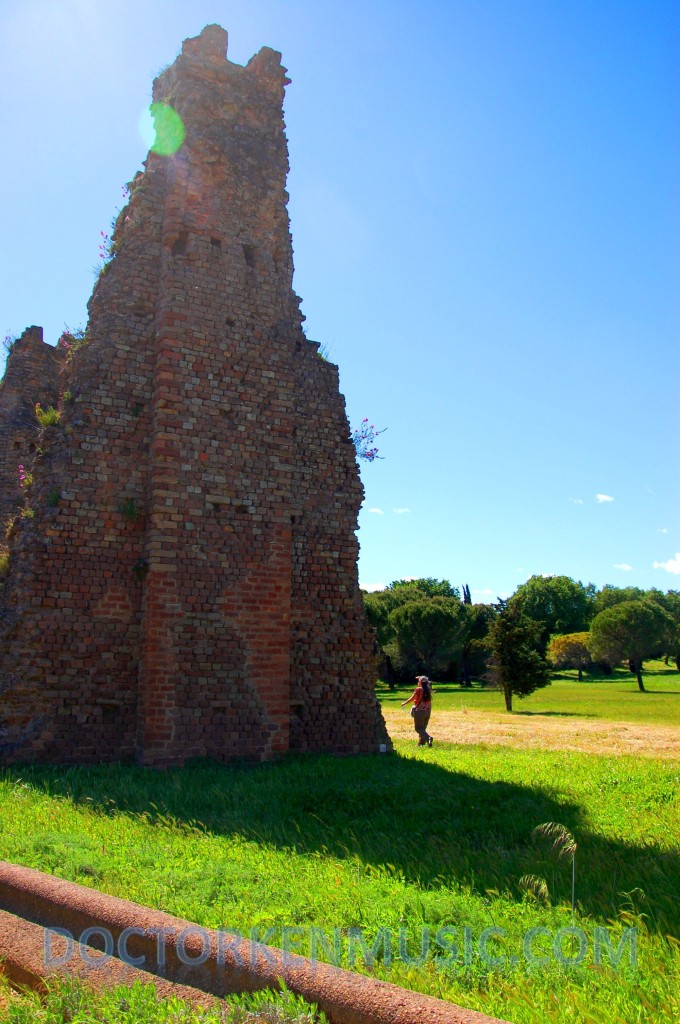 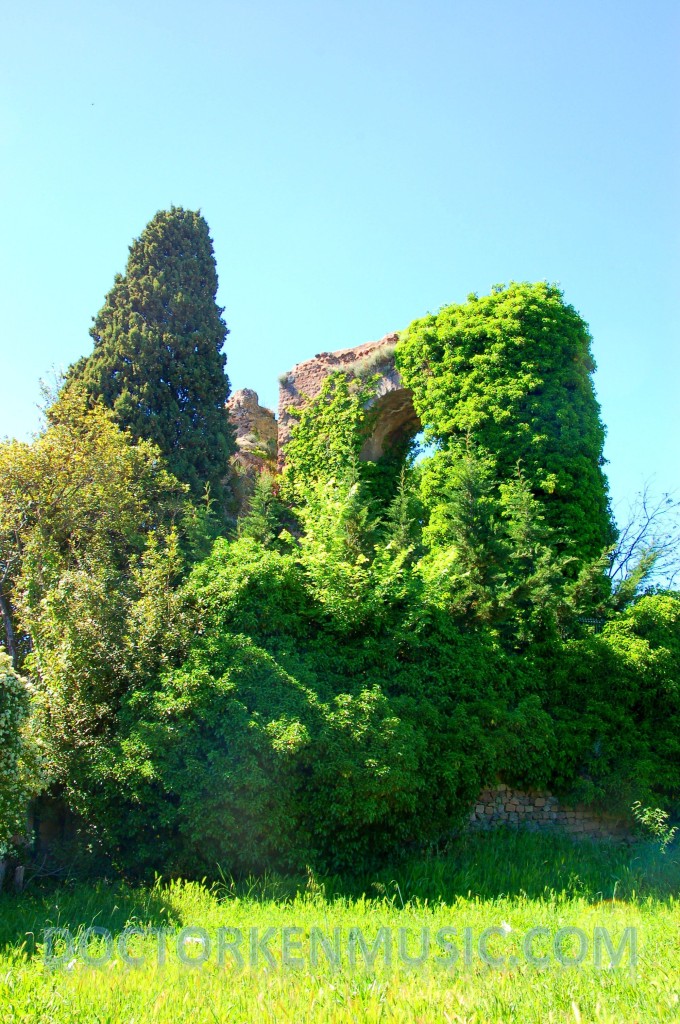 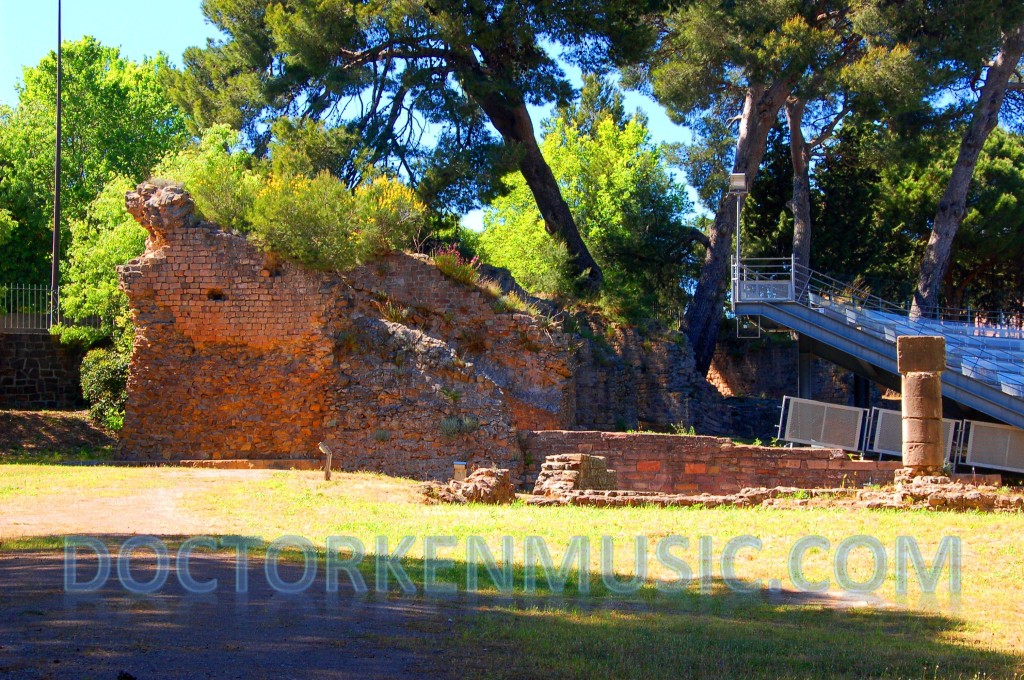 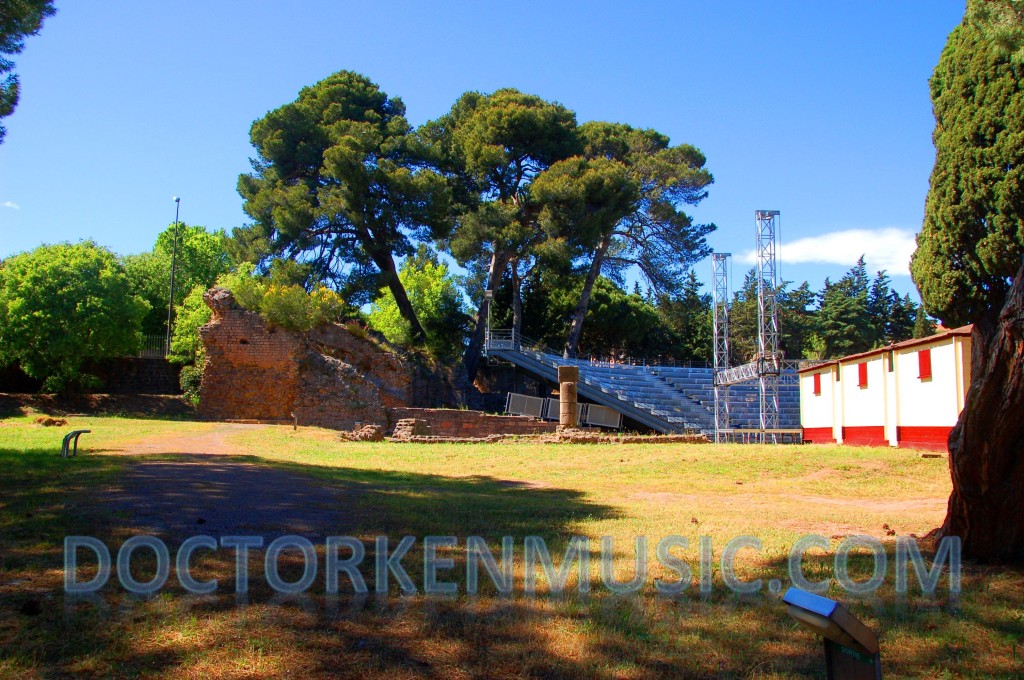 As we were walking back to the coliseum where we parked our car, we came across some people playing petanque (to me, it looks like the French version of bocci) so we stopped and watched for a little while. 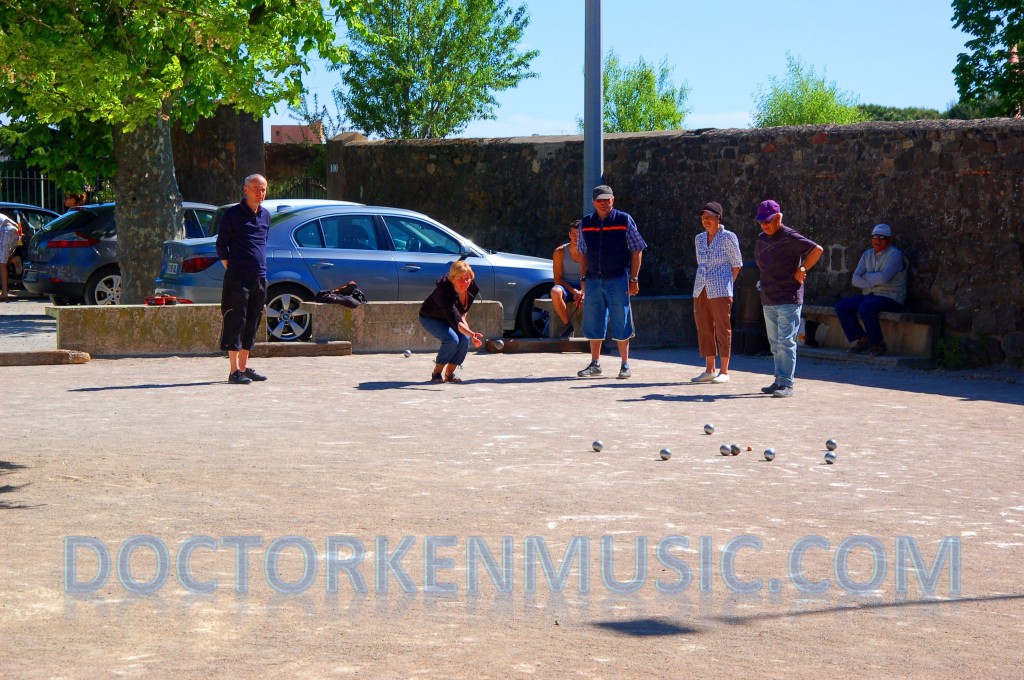 From Fréjus, we backtracked further east to a memorial park called Embarcation Beach which commemorates the Allied landing that drove the Germans out of southern France in August of 1944 known as Operation Dragoon. 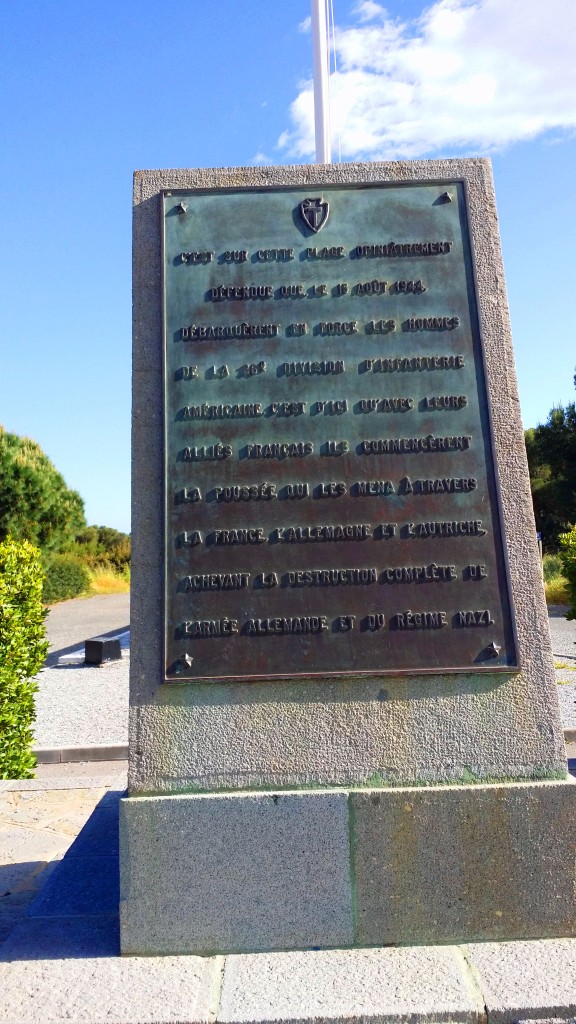 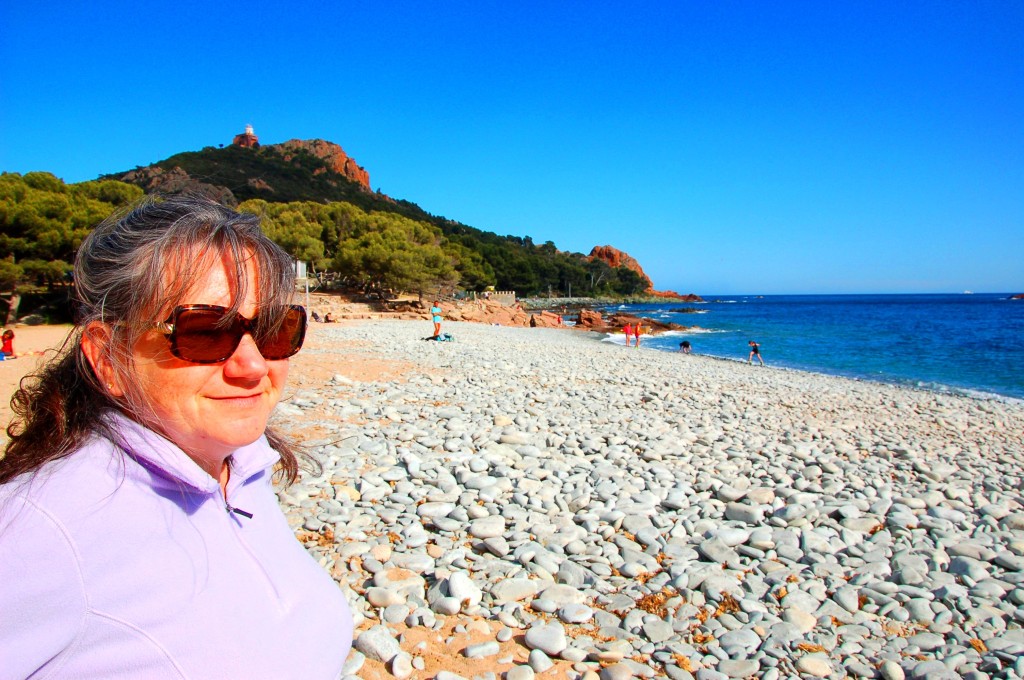 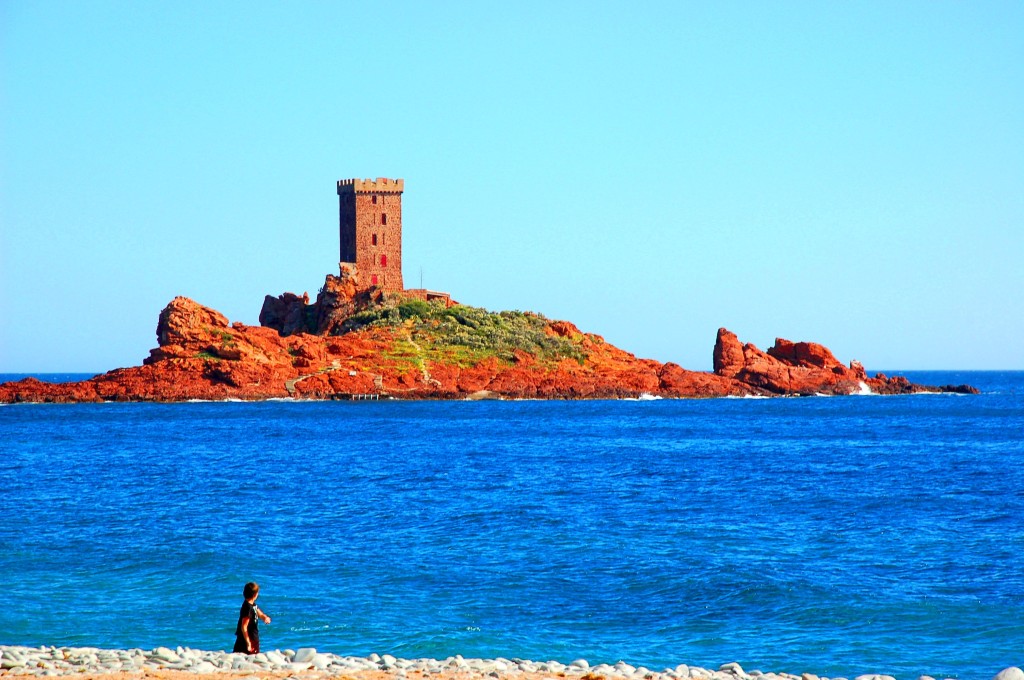 Next time: We take to the sea and visit San Tropez!